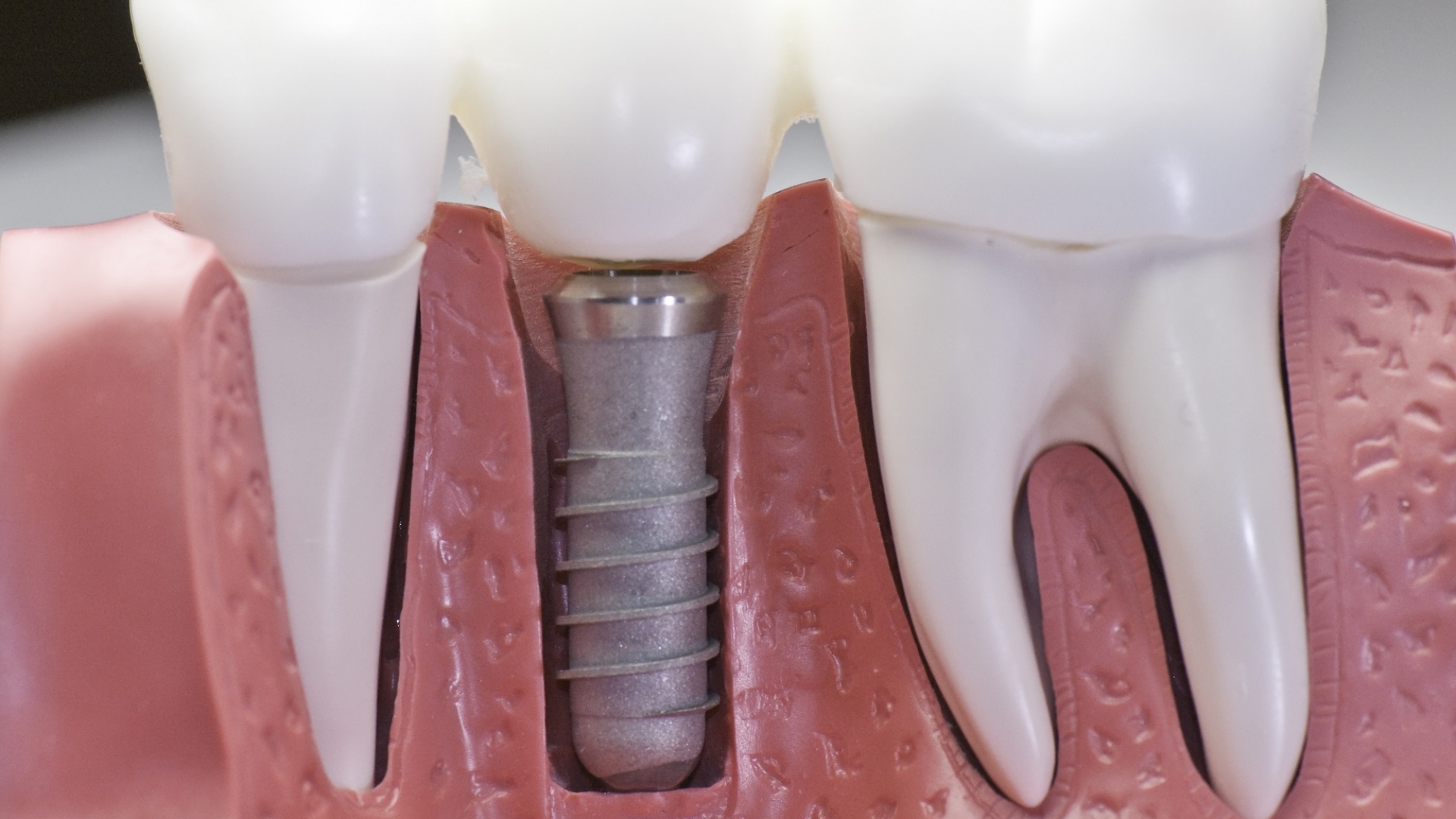 So your dentist has told you that you've damaged a tooth all the way down to the root. You know what that means -- the dreaded "root canal" is awaiting you. But is a root canal really your only option? Many people are choosing to forego the procedure and instead are having their damaged tooth extracted and replaced with a dental implant. So what should you do? Keep reading to learn more about these procedures.

A root canal has long been the treatment of choice for teeth whose roots have been damaged, whether by trauma or decay. Your dentist will numb your tooth before creating an opening through the crown of your tooth to access the pulp chamber. Then, he or she will clean out the infection and remove any unhealthy pulp to prep the tooth for the filler. Permanent fillers, usually made out of a material known as gutta-percha, are placed into the canals to prevent future infection or contamination. You'll get a temporary filling until a permanent one (called a crown) can be placed on your tooth to seal the opening.

Some dentists are recommending the dental implants to patients with severely damaged teeth. Rather than try to restore the tooth, your dentist would simply extract it and replace the hole with an artificial tooth via an implant. During the procedure, the root of your tooth is replaced with a titanium implant. The implant is surgically inserted into your jawbone where it will embed and become part of the jaw. A crown is then placed into the implant. The time frame for completing the dental implant process will depend on several factors. The traditional method requires two steps -- at the first appointment, you will have the implants placed, then take a few months to heal. The crowns (the part that looks like a tooth) will be placed at a second appointment. However, some surgeons are able to complete the process in one visit.

Which Option is Best for Me?

Dental implants have been lauded as one of the best modern advances in dentistry, in part because of how successful they are. Once placed, the risk of infection is roughly 1 percent, not to mention that implants can last for decades since they are impervious to decay. There are some drawbacks, though. For one, the procedure requires surgery, so it's a bit more intense than something like a root canal. It also can be slightly more expensive than other treatment options, though this cost can definitely pay off in the long-run.

What about the advantages of having a root canal? The most obvious benefit is that it preserves your natural tooth, which has it's perks. It's also less invasive than dental implant surgery. Unfortunately, there's a chance that the procedure won't be successful. Root canals sometimes have to be redone 5 to 10 years down the road, and if your root canal fails, there's a good chance that the tooth will have to be extracted anyway.

Ultimately, the decision to have a root canal versus extracting your tooth and replacing it with an implant should be determined by your individual needs and preferences. If you have any questions about either procedure or would like to schedule an appointment, give our office a call. The staff at Great Lakes Dental is always ready to answer any questions you may have.